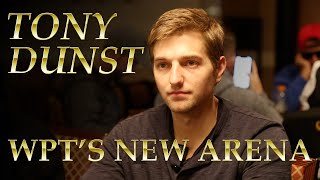 The two chat about Tony’s plans for the summer, and his excitement level for the WSOP. Tony dives into how this tournament series gives him a unique opportunity to interact not only with fans, but also friends in the poker community that he’s known for a long time.

Tony discusses playing the Colossus with Phil Ivey. Yes, you read that right, Phil Ivey was playing a $565 buy-in tournament at the World Series of Poker.

Tony and Jeff also talk about the World Poker Tour’s decision to move all of their televised final tables to the Esports Arena at the Luxor in Las Vegas.