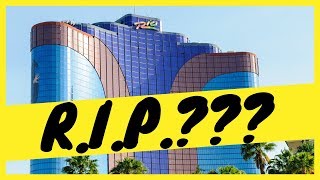 Last week, it was announced that the board of Caesars Entertainment approved a sales process amid pressure from billionaire investor Carl Icahn. There have been rumors Caesars Entertainment will sell or merge with another big casino. Icahn has been pushing for a sale for over a year. Caesars Entertainment is currently $18 billion in debt. YIKES!
Of course, Ceasars owns the Rio Las Vegas, which is the current home of the World Series of Poker. Rumors have been swirling that the Rio is the most likely Caesars property to be sold. What happens if the Rio is sold before or during the 2019 World Series of Poker? Sasha Salinger of PokerNews breaks it all down.
In other poker news, Stars hires and fires new ambassadors, bad ass female poker player Maria Ho makes a delayed World Poker Tour Final Table, and partypoker takes on bots!