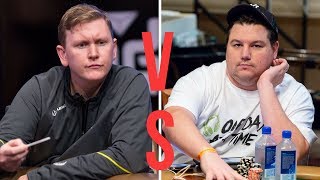 Ben Lamb has flown half way across the world from the final table of the World Series of Poker Main Event in Las Vegas to Jeju, South Korea for the Triton Super High Roller Series. The opening tournament for the series is Short Deck Ante Only. Lamb has never played this poker variant before and he explains what drew him to his new style of poker. How is he getting the hang of short deck? He also shares what it was like to be on the rail of the WSOP Main Event final table helping out his friend John Cynn, while poker player Shaun Deeb was on the rail for Tony Miles.

This or That: Aces in 3-Way Pot or AK Suited Heads-Up?