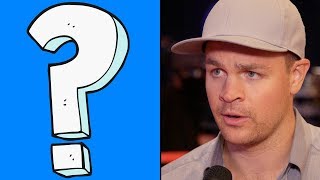 From a list of 61 players, only 30 were selected by lottery to play the 2018 $300K Super High Roller Bowl in Las Vegas last May. Andrew Robl was the first poker player selected by lottery, securing a spot in the elusive $300K event. However, less than a week before the event, it was announced that poker player Steffen Sontheimer would take Andrew Robl’s place. Why didn’t Robl play the Super High Roller Bowl at the PokerGo studio in Las Vegas? Was it an issue wiring money for the tournament? Did he lose interest in playing? Watch to find out!