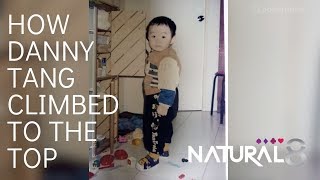 Danny Tang seemed to erupt on the poker scene in the last couple years winning the 2017 European Poker Tour High Roller in Prague, The Aussie Millions Tournament of Champions, The Final Fifty at the World Series of Poker and coming in runner-up in the Triton $1,000,000 event in Montenegro. But the success of Danny Tang was not born over night. Tang has been grinding the poker circuit for years and years. In this in depth interview he reveals the man behind the felt. The newest Natural8 pro discusses the movement into the high stakes world and the decisions he believes got him there.
Tang also reveals more about his history growing up and the events that shaped his as a person and prepared to be the man that would bridge the gap between the European pros and the Asian pros. He openly speaks about his hopes for the future both in poker and in life.