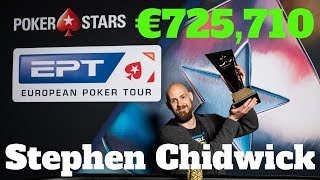 Chidwick is having an insane year. He’s racked up over $13,000,000 in tournament earnings which is the most he’s earnt in a single year since starting in 2008.

In this interview we find out his secret to success, could it be something to do with babies?

What Keeps Sotirios Koutoupas Up at Night