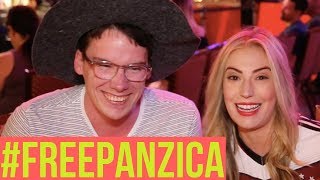 Stevan Chew is known for playing poker and his hilarious tweets that showcase his photoshop skills. Chew, donning a hat from the German beer hall Hofbrahaus, talks about his favorite board game, his favorite movie growing up, and the best poker player memes he has created over the past few years. Would Donald Trump be his dream or his nightmare addition to his home poker game? Watch to find out!