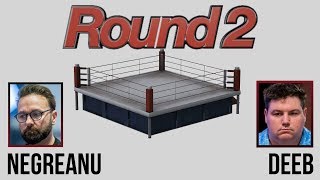 We move into ‘Fight Night’s Round 2!

Both Daniel Negreanu & Shaun Deeb were asked what changes they would make to the World Series Of Poker – ‘Player Of The Year’ if they were given the chance.

After the World Series Of Poker finished this year there was a lot of discussion between some of the top players as to what needed to be changed about the system to improve it.

What changes would you make (if any) to the current WSOP POY? Would you still incentivise min cashes where players will fire multiple bullets? What about restricting the number of cashes that count towards the POY standings? Should it just be limited to the high volume players? Let us know!