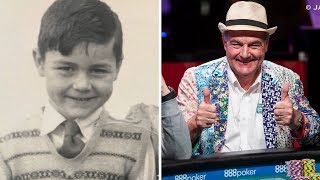 John Hesp, whom you will probably remember from the 2017 World Series of Poker Main Event Final Table, from his colorful jacket and friendly attitude opens up about his life growing up as a poor boy in Bridlington, England. He shares his struggles and strifes as he navigated his way through childhood and eventually started his own family. Since John captured the hearts of many during the WSOP he has been approached by Hollywood film makers and is even writing a book. But, you can get the story here first!