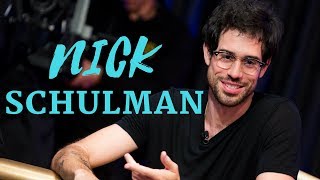 Nick Schulman lands in Jeju, South Korea for the Triton Super High Roller Series and enters his first short deck poker tournament. Short deck is the new poker variant taking the poker world by storm. The Triton Super High Roller Series is the only tournament series that features this new poker variant. Schulman decides to take a chance and hope into the “low” buy-in HKD 100,000 ($13,000) Short Deck Tournament. He discusses how he intends to get better at short deck, as well as what other tournaments he plans to play here in Jeju.

WSOP 2018 Update on All Your Favorite Players and Games