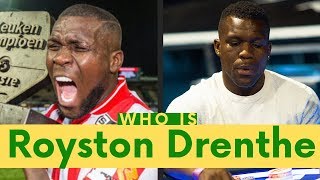 Royston Drenthe was first drafted by Real Madrid in 2007, about a year before he discovered poker. While his football career for an elite football team took up most of his time, he still enjoyed playing poker. Initially, Drenthe played poker for fun, not caring if he won or lost. However, after a brief retirement from football (American soccer) about two years ago, he decided to start studying and improving his game. How did he do that? How does the Dutch football player balance his football schedule playing professionally for Sparta Rotterdam and poker? How is he at EPT Monte Carlo DURING the football season? Watch to find out!