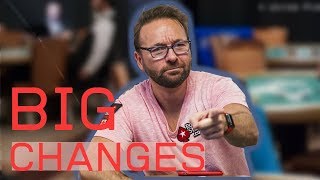 The past week’s poker news headlines have been dominated by several announcements by Daniel Negreanu. He announced big changes in his poker schedule, personal life, AND his relationship with PokerStars. It seems the legendary poker player got both a life partner AND a MasterClass partner last week. Phil Ivey joined Daniel Negreanu as the second professional poker player to release a MasterClass series. The announcement came as a big surprise to many people in the poker world.
We also share some gossip on which poker player may be announced as one of the newest Survivor cast members!