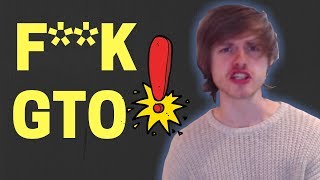 Charlie Carrel is not exactly the silent type, but, there are a few topics he only recently started speaking about publicly. The British poker phenom, who has over $6 million in live tournament cashes, decided to start his own YouTube channel and opened up to Sasha Salinger from PokerNews about what irritates him about the poker world, what he would’ve done differently during his heater, what he’s up to now that he’s “retired” from poker, and more!

To watch Charlie’s F**K GTO and other videos go to: